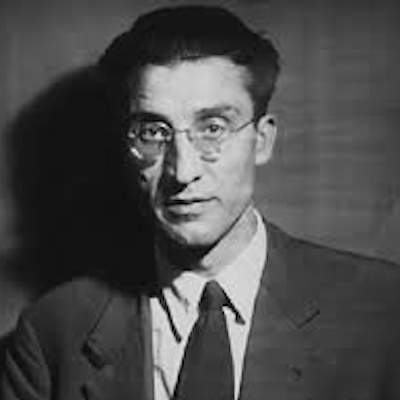 Author, Italian
Cesare Pavese (1908–1950) was an Italian poet, critic, novelist, and translator who introduced many modern American and English writers to Italy. Denied an outlet for his creative powers by Fascist control of literature, Pavese translated many twentieth-century U.S. writers in the 1930s and ’40s: Sherwood Anderson, Gertrude Stein, John Steinbeck, John Dos Passos, Ernest Hemingway, and William Faulkner; a nineteenth-century writer who influenced him profoundly, Herman Melville (one of his first translations was of Moby Dick); and the Irish novelist James Joyce. He also published criticism, posthumously collected in La letteratura americana e altri saggi (1951; American Literature, Essays, and Opinions, 1970). A founder and, until his death, an editor of the publishing house of Einaudi, Pavese also edited the anti-Fascist review La Cultura. His work led to his arrest and imprisonment by the government in 1935, an experience later recalled in “Il carcere” (published in Prima che il gallo canti, 1949; in The Political Prisoner, 1955) and the novella Il compagno (1947; The Comrade, 1959). His first volume of lyric poetry, Lavorare stanca (1936; Hard Labor, 1976), followed his release from prison. Between 1943 and 1945 he lived with partisans of the anti-Fascist resistance in the hills of Piedmont. The bulk of Pavese’s work appeared between the end of the war and his death. Partly through the influence of Melville, Pavese became preoccupied with myth, symbol, and archetype. One of his most striking books is Dialoghi con Leucò (1947; Dialogues with Leucò, 1965), poetically written conversations about the human condition. The novel considered his best, La luna e i falò (1950; The Moon and the Bonfires, 1950), is a bleak yet compassionate story of a hero who tries to find himself by visiting the place in which he grew up. Several other works are notable, especially La bella estate (1949; in The Political Prisoner, 1955). Shortly after receiving the Strega Prize for it, Pavese committed suicide in a hotel room. A Pavese Prize for literature was established in 1957, and some of Pavese’s most significant work was published after his death, notably a volume of love lyrics that is thought to contain his best poetry, Verrà la morte e avrà i tuoi occhi (1951); the story collection Notte di festa (1953; Festival Night and Other Stories, 1964); and the striking chronicle of his inner life, Il mestiere di vivere, diario 1935–1950 (1952; London, This Business of Living, New York, The Burning Brand: Diaries 1935–1950, both 1961). Many collections of Pavese’s work have appeared in English, including Disaffections: Complete Poems (1930–1950), translated by Geoffrey Brock, published in 2003.
Print Journals