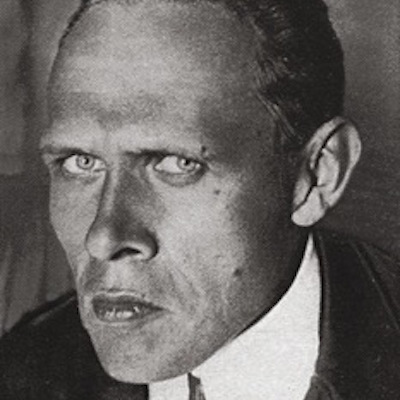 Author, Russian
Daniil Kharms (1905–42) mainly made a living writing children’s books in Leningrad. He also wrote poems and absurd short stories, often published in underground magazines, after the avant-garde literary societies he associated with were banned by the Stalin regime. In 1931 Kharms was convicted of anti-Soviet activity and spent a year in prison and exile in Kursk. In 1937 his children’s books were confiscated by the authorities; deprived of his main source of income, Kharms was often on the brink of starvation in the following years. He continued to write short, grotesque stories, which weren’t published, but merely stored in his desk drawer. In August 1941, shortly before the terrible siege of Leningrad, Kharms was arrested a second time, accused of “spreading defeatist propaganda.” During the trial, Kharms was declared non compos mentis and was incarcerated in a military prison. In February 1942, while Leningrad was ravaged by famine, Kharms starved to death in prison. (Photo credit: Monoskop)
Print Journals