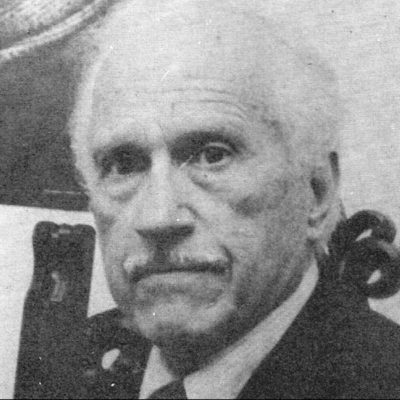 Author, Spanish
Enrique Anderson-Imbert (1910–2000) was an Argentine novelist, short-story writer, and literary critic. Born in Córdoba, Argentina, Anderson-Imbert graduated from the University of Buenos Aires. From 1940 until 1947 he taught at the University of Tucumán. In 1947, he joined the faculty of the University of Michigan. He was awarded a Guggenheim Fellowship in 1954, and became the first Victor S. Thomas Professor of Hispanic Literature at Harvard University in 1965. Anderson-Imbert remained at Harvard until his retirement in 1980. He was elected a Fellow of the American Academy of Arts and Sciences in 1967. Anderson-Imbert is best known for his brief “microcuentos,” in which he blends fantasy and magical realism. His story “Sala de espera” is taken from The Cheshire Cat, written in 1965; he is also the author of the 1966 short story entitled “Taboo.” He also penned the short stories “El Leve Pedro,” “El Fantasma,” and “Vudu.” He died on December 6, 2000, in Buenos Aires. (Photo credit: Alchetron)
Print Journals