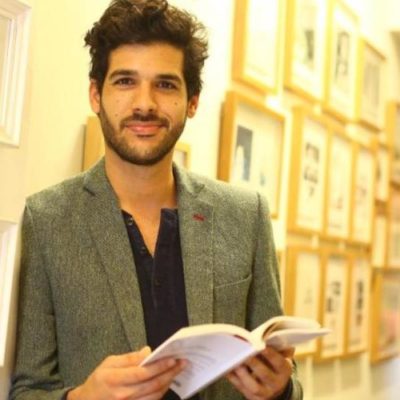 Author, Editor, Translator, English, Spanish
Ezio Neyra is a Peruvian writer, scholar, editor, and translator. His writing has appeared in Cuba, Chile, Mexico, the United States, and Peru. He is the author of  Habrá que hacer algo mientras tanto (2005),  Todas mis muertes (2006), Tsunami (2012), and Pasajero en La Habana (2017). A recipient of several fellowships and recognitions and a participant in book fairs worldwide, he has been a writer-in-residence in Mexico City and Rhodes, Greece. In 2003, he founded Matalamanga, a publishing house based in Lima that has published over 30 books by Latin American authors. He was the editor of the Peruvian edition of the Argentinean literary magazine Lamujerdemivida. In Lima he also founded and directed Niñolee, an organization promoting literacy among Peruvian children. He holds a PhD in Latin American Literature at Brown University in Providence, Rhode Island. He also worked for the Peruvian government as Director del Libro y la Lectura, where he had in charge the promotion of reading and of the book industry.  Currently, he is living in Santiago, Chile, where he is a professor or Literature at the Universidad Adolfo Ibáñez.
Past Events