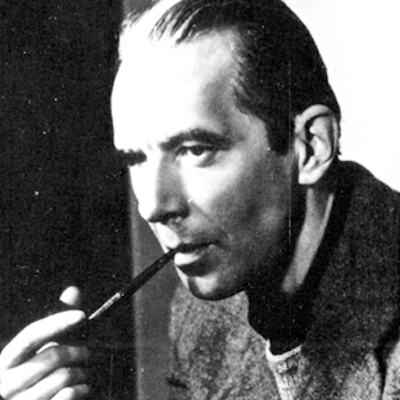 Author, German
Horst Lange (1904–1971) was born in Liegnitz (Legnica), Lower Silesia—then Prussia, now Poland—and is a classic embodiment of what is generally called the German “Inner Emigration.” His breakthrough novel, Schwarze Wiede (Black Pasture), was published in 1937. Nazi critics attacked Lange for his “distorted view of Silesia,” but he continued to write and publish throughout the war; he often struggled with censorship but was never blacklisted entirely. His 1940 novel Ulanenpatrouille (Lancer Patrol), set in WWI, was a great popular success. In the fall of 1941, Lange was called up to take part in the invasion of the Soviet Union. In December, blinded in one eye, he was sent home, where he began to keep a diary, an unflinching testimony to the psychological toll of the dictatorship and the horrors of war on the Russian front and in bombed-out Berlin. (Photo credit: Antaios)
Print Journals