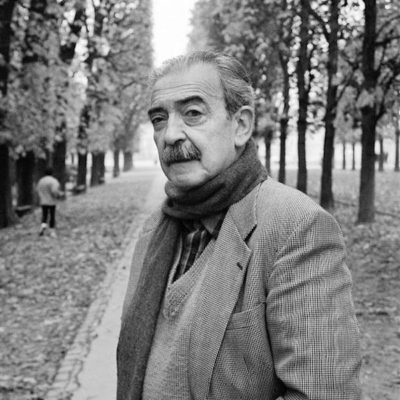 Author, Spanish
Juan Gelman (1930–2014) was born of Jewish Ukrainian parents in Buenos Aires and grew up amid a myriad of languages, acquiring a fascination for words early on in life. With the publication of Cólera buey (Oxen Rage, 1965/71), his strange blending of social engagement and wordplay expressed in a colloquial language marked an unnerving irony and poignancy that would continue to characterize his poetry, which now includes more than twenty titles. After actively participating in the movements that brought back Perón in 1973, he was sent to Europe in 1975 to work in public relations as a journalist. After the military coup of 1976, he remained in exile in Europe, denouncing human rights abuses, which by August of that year involved the personal loss of his son, Marcelo, and his pregnant daughter-in-law, who were “disappeared” during the military dictatorship. Recipient of numerous prizes, including the prestigious Premio Cervantes, Gelman is considered one of Latin America’s foremost poets. Having worked as a journalist and a translator in Argentina, Spain, France, and Italy, he settled in Mexico City, where he died in 2014. (Photo credit: Asymptote)
Journals