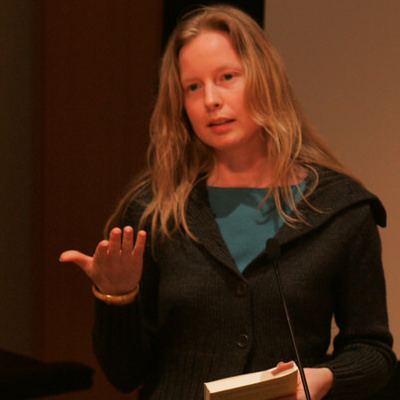 Speaker, Translator, Greek
Karen Emmerich is an Assistant Professor of Comparative Literature at Princeton University and a translator of (modern) Greek poetry and prose. Her monograph Literary Translation and the Making of Originals is due out next fall from Bloomsbury Academic. She has translated 11 books of Greek literature, including Yannis Ritsos's Diaries of Exile, co-translated with Edmund Keeley, which won the PEN Poetry in Translation Award. She has received grants and awards from PEN, the NEA, and the Modern Greek Studies Association.
Journals
Past Events