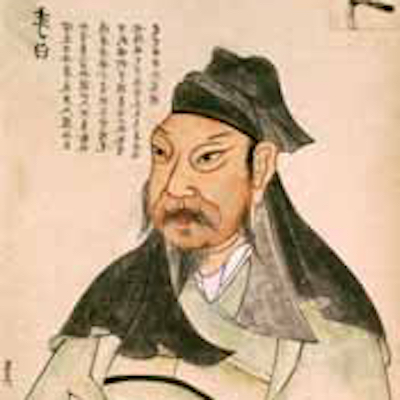 Author, Chinese
Li Bo (701–762), also known as Li Bai, was a Chinese poet acclaimed from his own day to the present as a genius and a romantic figure who took traditional poetic forms to new heights. He and his friend Du Fu (712–770) were the two most prominent figures in the flourishing of Chinese poetry in the Tang Dynasty that is often called the “Golden Age of China.” The expression “Three Wonders” referred to Li Bai’s poetry, Pei Min’s swordplay, and Zhang Xu’s calligraphy. Around a thousand poems attributed to him are extant, and thirty-four of his poems are included in the anthology Three Hundred Tang Poems, which was first published in the eighteenth century. In the same century, translations of his poems began to appear in Europe. The poems were models for celebrating the pleasures of friendship, the depth of nature, solitude, and the joys of drinking wine.
Print Journals