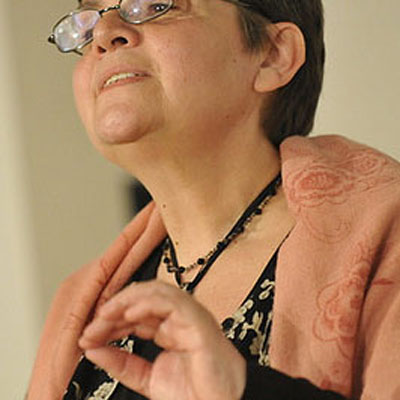 Author, Translator, Romanian
Liliana Ursu is a poet, prose writer, and translator, with eighteen books published in Romania. She has been translated into many languages, including three previous books in English. She lives in Bucharest, teaching courses in poetry and creative writing, producing occasional radio programs for Romania cultural, and writing. She has received two Fulbright grants and taught creative writing at the University of Louisville and at Bucknell University, in Lewisburg, Pennsylvania. Her books in English include A Path to the Sea (Pleasure Boat Studio, 2011), Lightwall (Zephyr Press, 2009), and Goldsmith Market (Zephyr Press, 2003).
Print Journals