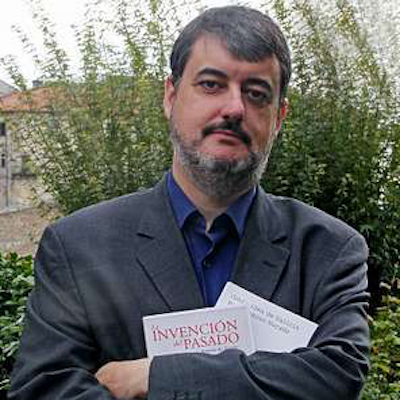 Author, Galician
Miguel-Anxo Murado is a well-known Galician writer and journalist who spent periods of time in the ex-Yugoslavia and the Middle East. Much of his fiction is based on these experiences. Noise: War Stories details his experiences in Bosnia and Croatia, End of the Century in Palestine reflects on his work as a press officer for the United Nations during the Second Intifada, The Fever Dream grew out of an attack of fever in Cairo. One of his most lyrical story-books is Ash Wednesday. All his fiction draws universal lessons from seemingly insignificant or transient details. His 1990 book Lapidario dos heterodoxos (Epitaphs of the Misunderstood) is a collection of “epitaphs” supposedly composed by historical and literary personages from many different time periods and nations (from Machiavelli to Li Po to Marie de France). He has also published poetry, drama, and essays (including one on Japanese life and culture, “Japanese Notebook”). Murado is a regular contributor to The Guardian newspaper. (Photo credit: Vítor Mejuto)
Print Journals