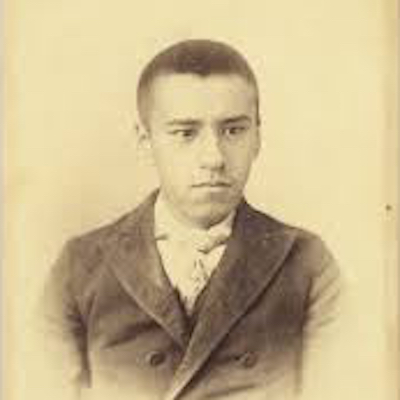 Author, Japanese
Minakata Kumagusu (1867–1941) was a Japanese author, biologist, and naturalist. He was also considered an eccentric researcher and pioneering environmentalist who devoted his life to learning in fields ranging from microbiology and botany to folklore and anthropology. He is well known for his research on slime molds; a slime mold that he discovered on a persimmon tree in his yard is named after him (Minakatella longifila). (Photo credit: courtesy of Minakata Kumagusu Archives)
Journals