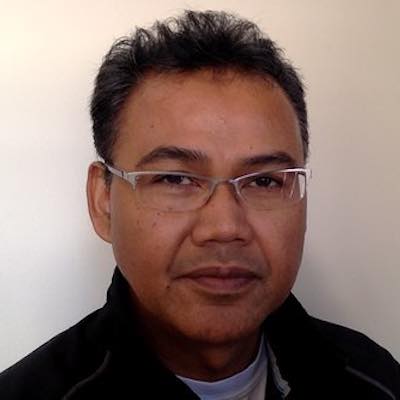 Author, French
Naivoharisoa Patrick Ramamonjisoa, who goes by the pen name "Naivo," has worked as a journalist in his home country of Madagascar and as a teacher in Paris. His first novel, Beyond the Rice Fields, was published in its French original version in March 2012 by Éditions Sépia in Paris. This work, which describes the violent cultural clash and mass killings that arose in the early nineteenth century Madagascar in reaction to the arrival of British missionaries and the rise of Christianity, is the first Malagasy novel ever translated into English. Naivo is also the author of several short stories, including “Dahalo,” which received the RFI/ACCT prize in 1996, and “Iarivomandroso,” which was adapted for a theatrical production in Antananarivo, Madagascar.  He recently released a short story collection entitled “Madagascar entre poivre et vanille,” which explores various topics pertaining to contemporary Madagascar including the socialist era, the recurrent political coups, the corruption of the judiciary system, and the monarchic and colonial resurgences. (Photo credit: Restless Books)