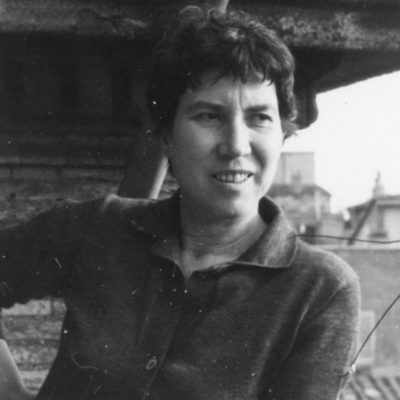 Italian
Natalia Ginzburg (1916–1991) was born Natalia Levi in Palermo, Sicily, the daughter of a Jewish father and a Catholic mother. She grew up in Turin, in a household that was a salon for antifascist activists, intellectuals, and artists, and published her first short stories at the age of eighteen; she would go on to become one of the most important and widely taught writers in Italy, taking up the themes of oppression, family, and social change. In 1938, she married Leone Ginzburg, a prominent Turinese writer, activist, and editor. In 1940, the fascist government exiled the Ginzburgs and their three children to a remote village in Abruzzo. After the fall of Mussolini, Leone fled to Rome, where he was arrested by Nazi authorities and tortured to death. Natalia married Gabriele Baldini, an English professor, in 1950, and spent the next three decades in Rome, London, and Turin, writing dozens of novels, plays, and essays. Lessico famigliare (Family Lexicon) won her the prestigious Strega Prize in 1963 and La famiglia Manzoni was awarded the 1984 Bagutta Prize. From 1983 to 1987, she served in the Italian parliament as an Independent (having left the Communist Party), where she dedicated herself to reformist causes, including food prices and Palestinian rights.
Past Events