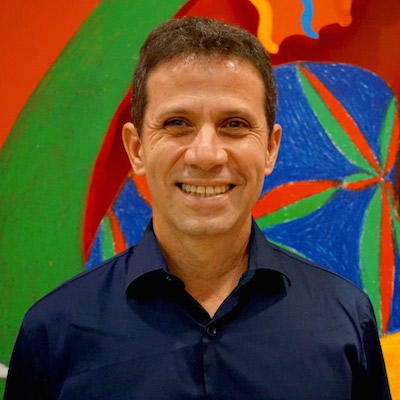 Author, Portuguese
Roger Mello is a Brazilian illustrator, writer, and playwright who calls himself a child of Brazil’s military dictatorship. He has published more than a hundred titles, including poetry, short stories, screenplays, and children’s books. His first book available in English is You Can't Be Too Careful! (Elsewhere Editions). In addition to his vibrant art, many of his children’s books are characterized by social criticism. Mello has won many awards for writing and illustrating, including the Luis Jardim Award and the Best Children’s Book 2002 International Award. In 2014, he became the first illustrator from Latin America to win the Hans Christian Andersen award for children’s books. (Photo credit: Elsewhere Editions)
Past Events