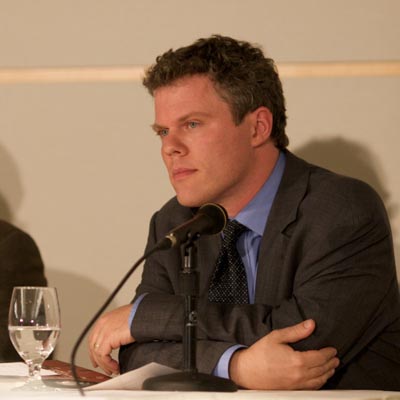 Translator, Romanian
Sean Cotter’s translations from the Romanian include Nichita Stănescu’s Wheel with a Single Spoke and Other Poems (recipient of the 2012 Best Translated Book Award for Poetry), Liliana Ursu’s Lightwall, and Nichita Danilov’s Secondhand Souls. His essays, articles, and translations have appeared in Conjunctions, 22, and Translation Review. He has lived in Romania as both a Fulbright-Hays scholar and a Peace Corps volunteer. He is Associate Professor of Literature and Literary Translation at The University of Texas at Dallas, where he is a part of the Center for Translation Studies. (Photo credit: image courtesy of the translator)
Print Journals
Past Events