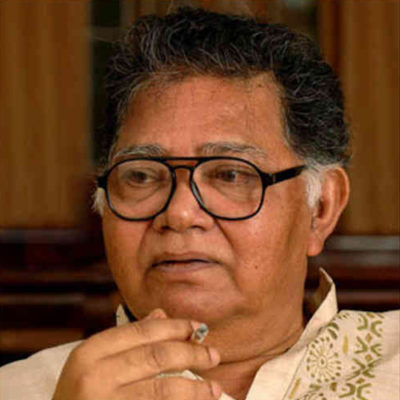 Author, Bengali
Sunil Gangopadhyay or Sunil Ganguly (1934–2012) was an Indian Bengali poet and novelist based in the Indian city of Kolkata. Born in Faridpur (now Bangladesh), Gangopadhyay obtained his master’s degree in Bengali from the University of Calcutta. In 1953 he was one of the founders and editors of the poetry journal Krittibas, long the platform for a dynamic generation of poets. A prolific writer, Gangopadhyay published over two hundred volumes of poetry and fiction. The recipient of many awards including the Indian Sahitya Akademi award (the highest national award for literature), he had two novels made into films by Satyajit Ray. Gangopadhyay also wrote for children. He created the Bengali fictional character Kakababu and wrote a series of novels on this character, which became significant in Indian children’s literature. He received the Sahitya Akademi award in 1985 for his novel Those Days (Sei Samaya). Gangopadhyay used the pen names Nil Lohit, Sanatan Pathak, and Nil Upadhyay.
Print Journals