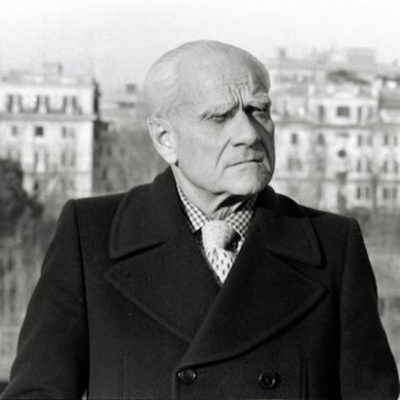 Author, Italian
Umberto Saba (original surname Poli), one of Italy’s most important poets, was known for his simple, lyrical, autobiographical poems. Born in 1883 in Trieste (then Austria-Hungary, now Italy), Saba was raised by his Jewish mother in the ghetto after his Christian father deserted them when Saba was an infant. At age seventeen, Saba began to develop his interest in poetry while working as a clerk and cabin boy and serving as a soldier in World War I. He established his reputation as a poet with the 1921 publication of Il canzoniere (The Songbook), which was revised and enlarged in 1945, 1948, and 1961. Storia e cronistoria del canzoniere (1948), published at the time of the second revision, is a work of self-criticism that reveals the author’s desire for fame. Saba’s formative poetry, written in the first two decades of the century, was influenced by Petrarch, Gabriele D’Annunzio, Giacomo Leopardi, and Giosuè Carducci. In the middle phase of his career, throughout the 1920s, he wrote in a Freudian vein on such topics as desire and childhood memories. The poetry of his final phase was largely reflective. (Photo credit: Social Periodico)
Print Journals