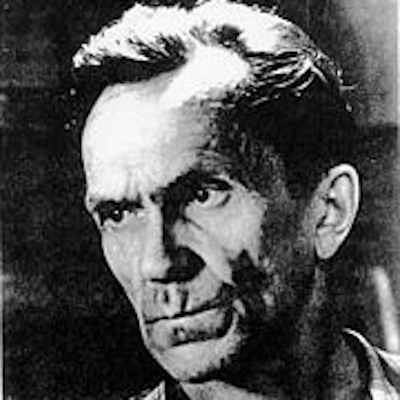 Author, Russian
Varlam Shalamov (1907–1982) was a Russian writer, journalist, poet, and Gulag survivor. From 1954 to 1973, Shalamov worked on his book of short stories of labor camp life, Kolyma Tales. During the Khrushchev thaw, when enormous numbers of inmates were released from the Gulag, Shalamov was officially “rehabilitated” and was allowed to return to Moscow in 1956. In 1957, he became a correspondent for the literary journal Moskva, and his poetry began to be published. His health, however, had been broken by his years in the camps, and he received an invalid’s pension. Shalamov published poetry and essays in the major Soviet literary magazines while writing his magnum opus, Kolyma Tales. The manuscripts of the Kolyma Tales were smuggled abroad and distributed via samizdat, and translations were published in the West in 1966. The complete Russian-language edition was published in London in 1978, and reprinted thereafter both in Russian and in translation. As the Soviet scholar David Satter writes, “Shalamov’s short stories are the definitive chronicle of those camps.”
Journals