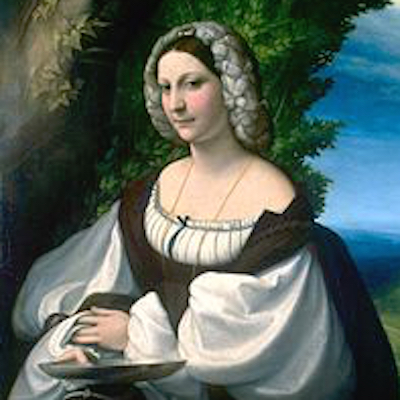 Author, Italian
Veronica Gambara (1485–1550) was one of the most prominent and well-respected poets of the sixteenth century. After her husband was killed in battle (1518), she replaced him as ruler of Correggio (near Mantua in northern Italy) and mourned him in her poetry. During her government, she was visited by Emperor Charles V on several occasions and even repelled an armed attack on Correggio. Gambara wrote poems about the conflict between her region’s struggle for political liberty and the desire to restore peace to Italy.
Journals