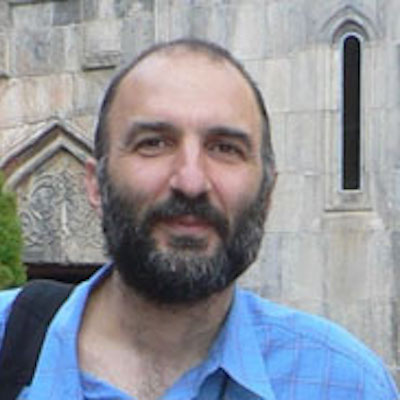 Translator, Romanian
Victor Pambuccian is professor of mathematics at Arizona State University. His primary concern is the axiomatic foundation of geometry, in which he has published over ninety papers. His English translations of Romanian poems by Tzara, Fundoianu, Blecher, and Celan have appeared in Words Without Borders and International Poetry Review. He was the guest editor of the Fall 2011 issue of International Poetry Review, dedicated to contemporary poetry from Romania, and has translated most of the poems written in Romanian or French, and all those written in German in that anthology. His translations of the Swiss poet Vahé Godel have appeared in Two Lines. He has also co-translated Armenian poetry into German. (Photo credit: Arizona State University)
Journals
Print Journals