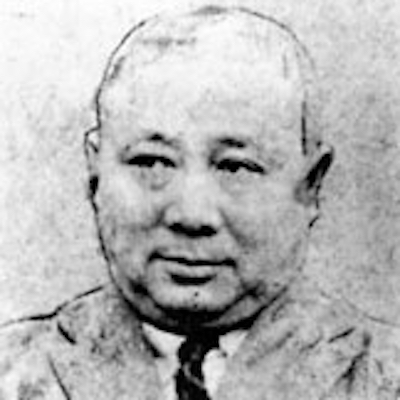 Author, Chinese
Xu Zhuodai (1881–1958) was born Xu Fulin in Wuxian, Jiangsu. Towards the end of the Qing dynasty he advocated for the transformation of Chinese drama and helped to form the Spring Willow Society, staging modern drama. He co-founded the Kaixin Film Company, serving as co-director as well as the chief writer and actor. The company was seriously damaged financially during the worldwide depression, and was one of the smaller Shanghai studios forced out of business by the Japanese attack on Shanghai in 1932. Xu turned to writing full time and published a best-selling novel Where Can We Run?, which advocated rallying to the nation’s crisis, before returning to movies in 1934. After the war, he concentrated on writing full time, authoring a text on filmmaking and his memoirs. (Photo credit: Chinese Mirror)
Journals