We continue our celebration of Women in Translation Month with a spotlight on women authors featured in the upcoming issue of Two Lines! 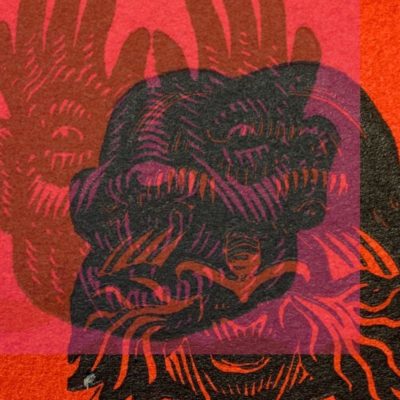 Issue 31, Hauntings, is well timed–-all of the poets in this issue are women:

Mariela Dreyfus, born in Peru, teaches at NYU’s MFA Program in Creative Writing in Spanish. We publish three urgent, frenzied poems that evoke the timbres and rhythms of city life. The first, “Bongo noisemaker crackle,” describes itself as an “Afro-Peruvian Sextet.”

Three sweet, atmospheric poems by Burmese poet and journalist Myat, translated by Kenneth Wong, bring up a wellspring of nostalgia in the face of a country that is constantly changing.

Swiss writer José-Flore Tappy graces us with an excerpt from her collection Trás-os-Montes, translated by her principal translator John Taylor. Her language is spacious, unhurried, but remarkably clear.

“Zeno’s Paradox,” a poem by one of Greece’s foremost contemporary poets Phoebe Giannisi, contains some of my favorite lines in the whole issue: “Night/where blue horses of the moon/graze.”

On the fiction side, Hauntings highlights excellent work from several female writers.

Bangladeshi writer Shaheen Akhtar’s previous works include five collections of short stories and three novels. An excerpt from her novel Beloved Rongomala, which is based on an eighteenth-century Bengali legend, describes the efforts of women to claim agency from within a rigid caste system.

Daniela Tarazona, an exciting fiction writer from Mexico City, presents an excerpt from her first novel The Animal on the Rock as part of our “Hauntings: Fiction from Mexico” feature. It’s a tale of a woman taking a strange, hallucinatory train trip while her body is transforming.

Hauntings from Mexico continues with “Mangoes in Paradise” by Milena Solot, an interaction between a little girl and her “Ant Man” who she finds tied up on a hill. Robin Myers’ translation preserves just the right amount of weirdness for this bizarre coming-of-age story.

Read these tremendous pieces by female writers and many more in the print edition of Two Lines Issue 31: Hauntings, out September 10. Pre-order your copy now!