The Translation of Women by Women Is a Feminist Project 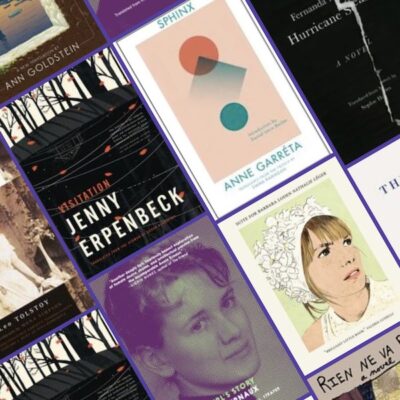 Last year, while visiting Paris, I entered a bookshop after drinking two glasses of wine at lunch and bought Mémoire de fille by Annie Ernaux. In the subsequent months I found that the two glasses of wine had inflated my confidence, and my French was rustier than I had thought. But shortly thereafter I received an ARC of the English translation, A Girl’s Story, by Alison L. Strayer. This has been the first novel that I have attempted to read simultaneously, in both the original language and English translation. It is a task that has made me immensely thankful to Strayer, and to all women translators who have worked to bring female writers into English.

Katrina Dodson, the translator of 2015’s The Complete Stories by Clarice Lispector, has written that the work of translation is necessarily an imperfect thing. “I did my best,” she writes in an essay for The Believer, “to divine where Clarice’s significant distortions of language lay and how I might convey them faithfully… Yet we know there is no such thing as a perfect translation—the pieces that make up different languages never correspond exactly. In the end, it’s someone’s grubby fingerprints all over the Word of another, no matter how much the translator wants to let the spirit take over and speak through her. Translation is interpretation.” I think of that paragraph often. It is so common not to acknowledge the work of the translator when we read literature written in a language not our own, but the translator is just as important as the author herself, at least when we cannot access or comprehend the text in its original language. Kate Briggs, in her essay This Little Art, describes any work of translation as being “twice-written.”

My first profound reading experience was Anna Karenina in Constance Garnett’s translation when I was fifteen. For most of the twentieth century, the literature translated into English from other languages tended to be by men, as were the translators. Constance Garnett was arguably the best-known female translator. It was only when I got older that I realized she was often portrayed as a kind of muddled scatterbrain, inferior to the task of interpreting Tolstoy. I have re-read Anna Karenina twice since I was fifteen—both Garnett’s version and the highly regarded Pevear and Volokhonsky translation. During the years I have worked at McNally Jackson, we habitually recommended Pevear and Volokhonsky translations of the Russian classics. But over time I began to suspect that Garnett was being unfairly maligned. I eventually asked a friend, a poet who translates Russian into English. He confirmed my suspicions. “I personally am Team Constance all the way,” he said. “It’s true that she makes mistakes, but I find this easy to relate to! And the mistakes are not usually so big. She is, to my ear, the far better writer of English, and I think this is what translators are supposed to do and what her writers deserve!”

There is a communal feminist project at work here, one in which women have amplified and enabled the broader dispersion of other women’s voices. I have been especially moved by translator-from-Polish Jennifer Croft’s efforts to gain recognition for Olga Tokarczuk’s work, writing in the Paris Review Daily that “my efforts to pitch Olga’s books, give her a social media presence in English, and apply for grants have always taken up far more time and energy than the translations themselves.” Such efforts highlight the respect and debt we owe to translators like Croft, Dodson, Goldstein, et al, particularly for those of us who cannot read the original (I have yet to finish the Mémoire de fille). These women dissolve language and geography and time, delivering us the work in their words as well as in the author’s, twice-written.

This Little Art by Kate Briggs

A Girl’s Story by Annie Ernaux, translated from the French by Alison L. Strayer

Visitation by Jenny Erpenbeck, translated from the German by Susan Bernofsky

The Neapolitan Trilogy by Elena Ferrante, translated from the Italian by Ann Goldstein

Sphinx by Anne Garréta, translated from the French by Emma Ramadan

Rien ne va plus by Margarita Karapanou, translated from the Greek by Karen Emmerich

Suite for Barbara Loden by Nathalie Léger, translated from the French by Natasha Lehrer

Arturo’s Island by Elsa Morante, translated from the Italian by Ann Goldstein

Our Lady of the Nile by Scholastique Mukasonga, translated from the French by Melanie Mauthner

Flights by Olga Tokarczuk, translated from the Polish by Jennifer Croft

Anna Karenina by Leo Tolstoy, translated from the Russian by Constance Garnett

Territory of Light by Yuko Tsushima. translated from the Japanese by Geraldine Harcourt

All these books are now available for purchase here through The Bookstore at the End of the World on Bookshop. Your purchase will directly support Madeleine and other out-of-work booksellers affected by the coronavirus pandemic.