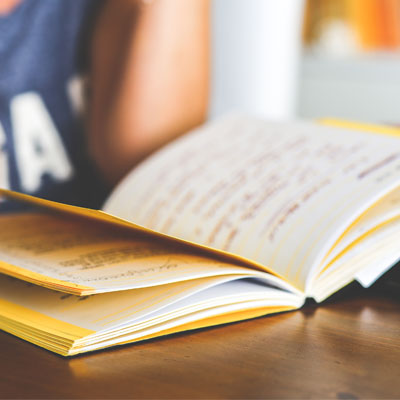 In the past week, The New York Times published two articles outlining the benefits of bilingualism. “The Superior Social Skills of Bilinguals” shares the results of studies showing that bilingual children are better able to consider other perspectives and show empathy. “Why Bilinguals Are Smarter” confronts the fear that a child who knows two languages will struggle to meet the same level of fluency in each of those languages.

It’s an interesting time to be thinking about bilingual education and English Language Learners in general. It’s Arts Education Month, for one thing. And like the arts, English Language Learners are often relegated to the sidelines. And yet, with more immigrants arriving each year, many of them Newcomers with little to no English, we seem to be starting to realize that we need to rethink our current model.

Tomás Galguera, a professor in the School of Education at Oakland’s Mills College, is more than familiar with this trend. With a focus in language development, he’s trained and worked with many Bay Area teachers of English Language Learners. “It isn’t surprising that most ELs develop their English proficiency from beginner to intermediate, only to get ‘stuck’ at this level, becoming ‘long-term English Learners,’” he told me. He mentions a few likely reasons for the trend. For one, English Learners come from predominantly low-income backgrounds and lack consistent schooling. Naturally, it’s much more difficult to teach English to a student who is barely literate in his or her native language.

Another reason for long-term English Learners is the misguided assumption that their teachers’ main focus should be teaching vocabulary, rather than content:

Schools… ought to be concerned with preparing students to succeed in today’s society, regardless of language. In fact, strong schooling will help students develop proficiency in English, not the other way around. We know that it is easier to match knowledge across languages than trying to learn new content knowledge and a new language, simultaneously.

Professor Galguera cautions against schools’ overemphasis on categorizing students. In his extensive work with Bay Area teachers, he’s noticed that “when teachers define their teaching according to student descriptors, such as ‘English Learner,’ they fall prey of stereotypical and reductionist, simplistic views of students.” Oakland Unified, like other districts, has been struggling with the repercussions of designating students as “long-term” English Learners. While these descriptors may be integral to assessing and understanding school populations, they are often used in turn to assess the teachers and even the students themselves. Instead, Galguera recommends setting “worthy learning goals” in order to assess the work done in the classroom. If a task is set, like translating a poem into English, teachers can better see their students as unique learners, without reducing and labeling them.

Professor Galguera has been an integral partner of Poetry Inside Out. He has taught the curriculum to Oakland teachers and has used Poetry Inside Out in his own classes as an example of a strategy that teachers can use to embrace student diversity in the classroom.

While, like most of us, he is uncertain of how the new federal education law will affect teachers and students in the Bay Area, he does note that there will most likely be a renewed focus on getting English Learners to where they need to be to succeed. This is because, under the new law, once a student has been in the US for three years, he or she will be expected to test as well as his or her native English peers. Maybe this pressure will inspire us to bring creativity back into the English Learner classroom, as we look for engaging curriculum and strategies that will better serve these students.