Who Are the Women of Oulipo?

Until recently the American literary community knew practically nothing about the female members of Oulipo. 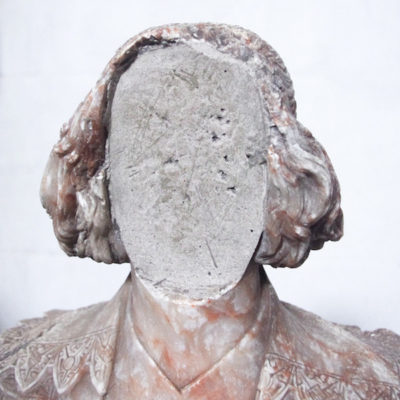 A major reason for their absence on your bookshelves is that, until recently, hardly any works by the women of Oulipo had been published in English translation. This phenomenon has only further entrenched the notion that the world of literary rule-breaking is in fact a boys club, that men alone are the pioneers at the frontier of literary innovation.

Founded by Raymound Queneau and François Le Lionnais, Oulipo—an acronym of the French name meaning “Workshop for Potential Literature”—seeks to break the molds established by literary tradition by leaving behind the spiral of the “anxiety of influence” and looks instead to mathematical formulas and the mechanics of language in order to crack open the possibilities of literature. This kind of playful engagement with language has produced some truly original works (perhaps most famous is Georges Perec’s novel made up only of words that do not use the letter e, something which is very difficult in French in particular). And the challenge it poses to translators only furthers the scope of literary possibilities.

And yet during the fifty-seven years since the group’s founding, Oulipo has inducted only five women into its ranks: Michèle Métail, Michelle Grangaud, Anne F. Garréta, Valérie Beaudouin, and Michèle Audin. While some scholars and critics have pointed to this gender disparity over the years, few have actually attempted to bring international recognition to these women, who have been overshadowed by their better-known male counterparts. If Oulipo is guilty of not including more women, then the international community is equally guilty for not doing more to make these women known, thereby effectively silencing them. For years, these women eluded the reach of English audiences, drifting further into the abyss of forgotten writers.

Unfortunately, this gender disparity affects not just women, but anyone invested in furthering the reach of literary possibility. Just think about what an experimental literary movement inevitably loses when it lacks diversity of culture and perspective. After all, how can a movement free itself from the shackles of tradition when its members reflect the very same cultural and linguistic backgrounds—European, male, Francophone—that produced the tradition in the first place?

Due perhaps in part to the push within the industry to see more women writers in translation, in the past couple of years titles by the female members of Oulipo have begun to trickle out: 2015 marked the release of Anne F. Garréta’s Sphinx; Michèle Audin’s One Hundred Twenty-One Days followed in 2016; a book of nonfiction by Michèle Métail came out earlier this year; and another Garréta novel, Not One Day, came out this week.

We can only hope that this is the beginning of an effort to bring these five women and their extensive bodies of work to light. Not only will we learn from their specific experiments in language and form, but perhaps just as important, we will begin to shift our assumptions rooted in tradition: we will finally acknowledge that the pioneers of new literary frontiers come in all forms. Before we break the molds of language, we need to change our conception of what literary pioneers look like.

In the meantime, here is an effort to shed some light on the work and accomplishments of these members—listed in the order in which they were inducted into Oulipo:

Michèle Métail was born in Paris in 1950 and became the first female member of Oulipo in 1975. However, she has noticeably receded from the movement in subsequent years. She studied German and Chinese and has translated Chinese poetry in addition to writing her own. A Sinologist, she wrote a book about Chinese “multidirectional poems,” and Jody Gladding’s English translation of the book Wild Geese Returning: Chinese Reversible Poems came out just last month from NYRB. Métail’s own poetic experiments include poems constricted to ten lines of fifteen letters each, based on the common dimensions of photographs (10×15), and sound poetry, which she often performs live. Marcella Durand translated one of her poems for The Nation. If you speak French (or just like to listen to French poetry read aloud), watch Métail read aloud from her Poèmes infini: les compléments du nom, which are written on a long scroll. You can listen to more of her poetry (in French) here.

The second female member to join Oulipo was Michelle Grangaud, whose poems you can read in issue 22 of Two Lines, translated by fellow Oulipo member Daniel Levin Becker. Grangaud was born in 1941 in Algiers and became a member of Oulipo in 1995. She is known for her expertise in the art of palindromes and anagrams—in fact, her book Stations (1990) is made up of anagrammatic poems created from the names of various Métro stations across Paris. She also developed a constraint called poème fondu, in which one poem (for example a quatrain) is whittled down into another poetic form (for example haiku), using only words from the original.

Anne F. Garréta was born in 1962 and joined Oulipo in 2000. In addition to being the third ever female member of the group, she was also the first Oulipo member who was born after the group’s founding. In 1986 she published her first novel, Sphinx—a love story that completely avoids revealing the gender of either the narrator or the narrator’s lover, A***. The novel was published in English translation in 2015. Her novel Pas un jour (2002) won the Prix Médicis and came out yesterday in English under the title Not One Day. One of Garréta’s untranslated novels, La Décomposition, involves a serial killer who kills off the characters of Proust’s Remembrance of Things Past one by one. Daniel Levin Becker translated Garréta’s essay “To sleep, perchance to dream” for Words Without Borders, in which she proposes an acrostic solution to discovering an alternate, more “authentic” version of Proust’s masterpiece. She currently teaches at Duke University.

Valérie Beaudouin was born in 1968 and joined Oulipo in 2003. She is a research scientist who studied meter and rhyme in classical poetry (in quite a mathematical way). You can read her article on the metrometer, a computing tool she designed to analyze meter in French poetry. Fellow Oulipo member Michèle Audin interviewed Beaudouin (in French) about the book she wrote on the subject, Mètre et rythmes du vers classique: Corneille et Racine. The book compiles her findings from her study of meter in the verses of dramatists Pierre Corneille and Jean Racine.

Michèle Audin was born in 1954 in Algeria and joined Oulipo in 2009. Before writing fiction, she was a mathematician for over thirty years and, as one recent reviewer of Audin’s fiction noted, the author of this geometry textbook; her contributions to what is called Symplectic Geometry are considerable. She is the daughter of the famous Maurice Audin, a mathematician and member of Algeria’s Communist Party, who was arrested by French paratroopers during the Battle of Algiers and never heard from again. Michèle’s mother spent the next fifty years appealing to the French government to reveal what really happened to her husband, without any success, and many now believe that Maurice Audin was tortured to death shortly after his arrest. Michèle, who was only three when her father disappeared, declined the Légion d’honneur because of the French government’s silence in response to her mother’s inquiries. She wrote a book about her father, Un vie brève (A Brief Life), in 2013. After that she began to write fiction. Her novel One Hundred Twenty-One Days was recently translated into English by Christiana Hills.