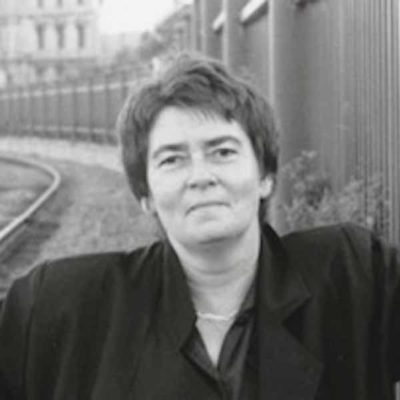 Author, French
Nicole Brossard is a poet and novelist who was born in and lives in Montreal. She has been in the vanguard of the dynamic Francophone Canadian feminist and avant-garde writing community for over four decades. During this time, she founded the journal La Barre du Jour, was one of the co-founding members of the Union des écrivaines et écrivains québécois, participated in the Havana Cultural Congress (1968), piloted the Quebec dossier for the magazine Opus International, and was a member of the steering committee for the International Writers’ Meeting in 1975 (theme: women and writing). For her writing, she has twice received the Grand Prix du festival international de poésie, as well as the Prix Athanase-David, the W. O. Mitchell Award, and the Molson Prize from the Canada Council. In 2008, she was a finalist for the Griffin Poetry Prize for Excellence. Brossard has published thirty books, including Lointaines (2010), from which the current selection is drawn, Lumière fragment d’enders and Temps qui travaille les miroirs, both in 2015, as well as a translation of Ardour by Angela Carr (Coach House Books, 2015) and a book on translation, Et me voici soudain en train de refaire le monde. Known for her sensual, queer poetics, Brossard is writing in a less intimate but characteristically elliptical style in the poems presented here, translated from her series “Villes” (“Cities”). The cities of the title are not described realistically, but rather, express an extra-descriptive attentiveness to the emotional and ecological surroundings of the town. Angus Fletcher has termed such poems “environment-poems,” and he suggests that in them, poets are training their attention not on the immediate surroundings but on the more spacious and broader vista before them. Thus, the cities in Brossard’s poems are not “Winesburgs” or “Our Towns,” but unfamiliar, uncanny. In them dwell survivors of “misfortunes” thinking “about bridges, ghats, / rivers in a time of peace and torture”—words which could only be written in the first decade of the twenty-first century. The lack of specificity gestures toward an obscured but unforgotten past, but also a quest “to meet the horizon the day after the horizon.”
Print Journals