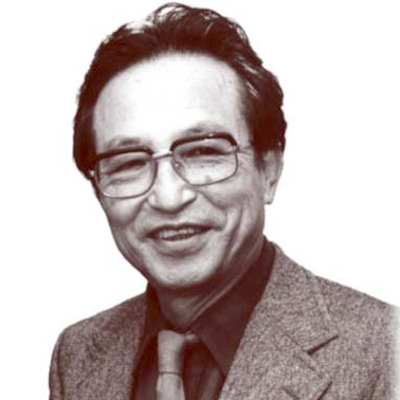 Author, Japanese
Nobuo Kojima (1915–2006) was a Japanese writer prominent in the postwar era. He first received attention for his satirical short stories and later established himself as a major novelist, though he remains relatively unknown outside of Japan. From an early age, Kojima read a wide variety of literature, both Japanese and Western, and such writers as Nikolai Gogol, Franz Kafka, and Fyodor Dostoevsky had a strong influence on his work. In addition to his fiction, he had a long career as a professor of English literature at Meiji University in Tokyo, publishing criticism and translations of many major American writers, including Dorothy Parker, Irwin Shaw, and Bernard Malamud. He is often associated with other writers of his generation, such as Shōtarō Yasuoka, who describe the effects of Japan’s defeat in World War II on the country’s psyche. Many of his novels explore shifting relationships within the family after women gained greater legal rights following the war. Among these are the 1965 novel Hoyo Kazoku (Embracing Family); the epic Wakareru Riyu (Reasons for Parting), written over a period of thirteen years and published in 1982; and Uruwashiki Hibi (Glorious Days) from 1998. (Photo credit: courtesy of the author)
Print Journals