“Again I saw, I who am doomed to see”

Marcela Sulak is the recent recipient of a 2019 NEA Translation Fellowship for her work translating Israeli poet Sharron Hass. Here she discusses her translation of Hass’s “Dinner with Joachim,” published in Two Lines 29. 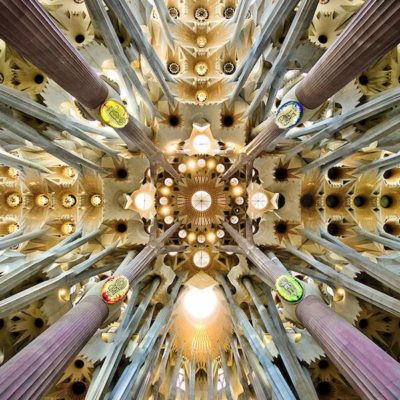 Despite her relative youth—she was born in 1966—Sharron Hass is arguably one of the most influential poets in Israel today. Four of her five poetry collections have won coveted literary awards including the Bialik Prize for Daylight, her fourth book (2011), and the Israeli Prime Minister’s Prize for Poetry for The Stranger and the Everyday Woman, her second (2001). These awards are especially notable because Hass’s poetry is extremely complex, both formally and philosophically. It draws upon Hellenistic philosophy, Greek myth, world literature, and world religions to examine the human condition as manifest in a contemporary Israeli context. Furthermore, most of Hass’s poetry collections consist of a single book-length poetry sequence, or two poetry sequences, making her poems difficult to publish in literary journals. This may be why, though Hass is so influential and well regarded in Israel, she is virtually unheard of abroad.

“Dinner with Joachim” is from the collection Daylight, which is a critical inquiry into light as the root of rational thought. Light makes concepts, objects, and people apprehensible. Hass explains:

At times it seems that light is the root of symbolic thought, as well as ethical thought. The blessed dwell in light; the condemned in darkness. It may almost seem that this is the sole conversation culture holds in various ways. In some of the poems of Daylight I was troubled by light. Random sights we encounter and that others have selected for us less or more carefully (on TV, the newspaper, the internet) are often forbidden sights (usually sights of suffering). And since we can only look and move on, we abuse the light and the responsibility involved in seeing, in acknowledging the visible. Writing is the place where I can lend voice to the slow effacement of our faces exposed to the light.

The poem “Dinner with Joachim” is an acknowledgement of our responsibility to the visible, to what we have witnessed; it also honors that which is hidden in darkness. Its source material is personal experience, and its focus is on the accidental acquisition of knowledge not intended for us.

One of the strongest and most unusual features of this poem is its use of concentric rings (called “echoes” in the poem), such as those used in Ovid’s Metamorphosis. The rings are not simply narrative rings, but rather, coils of interpretation and context. The first echo places us in Barcelona, within sight of the magnificent and monstrous Gaudi basilica, La Sagrada Familia, “from the outside a palace of mud/ the sun couldn’t illuminate.” Already we are set to view the meal that is then narrated in the context of a profane sacrament of communion.

The speaker, and, by association, the reader, are placed in the role of minor gods for whom the characters in the dinner theater have been sacrificed. Blood has been shed for our entertainment, or perhaps for our nourishment. Perhaps, the poem suggests, there must always be a sacrificial victim in the creation of any communal bond, for every human bond, no matter how intimate, is unfathomable, is fraught. The poem provides the music, the ceremony, that ought to accompany these moments.

And here I am reminded that the earliest poetry was originally a public performance, elevating the deeds of individuals into monuments. Thus, one answer to the question—what are we to do with this secret we were not meant to hear, what to do with the fact that we have become the accomplices of an intimate betrayal?—is to create a monstrous and magnificent monument, in which a private sacrifice becomes the basis of a public sanctuary. Combining faith and art, the echoes of this poem make no judgments, but they provide a refuge.