An interview with the Chinese author behind “Sorrowful Beasts,” which appeared in Two Lines 27. 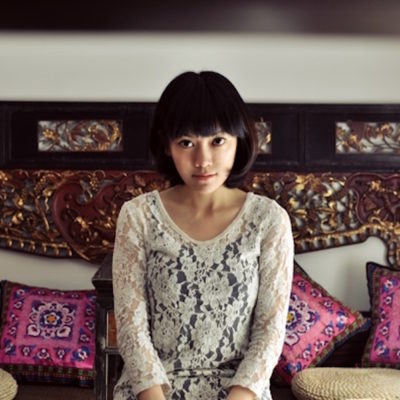 Yan Ge’s novel Strange Beasts of China ( 异兽志, Yi Shou Zhi)—from which “Sorrowful Beasts” is taken—is a fable-like rendering of a Chinese city in which strange creatures live alongside humans, but it isn’t always easy to tell the two apart. More than ten years after its publication, news arrived that a Chinese TV series was on its way. I asked Yan Ge about it, and about her move from China to Ireland.

Jeremy Tiang: Could you say a bit about how this TV adaptation first came about?

Yan Ge: First, I got an email from this producer, saying she’d really enjoyed reading Yi Shou Zhi as a teenager, and thought it would be wonderful to see this story on the screen. I wasn’t really interested, to be honest – initially, anyway. I thought a magic-realist or fantasy (if you like) novel like Yi Shou Zhi would be very difficult to convert into a TV series. So I replied: Thanks very much, I’ll think about it. Then I just forgot the whole thing. To my surprise, she was persistent. After a week or so, she sent another email with a very detailed plan and a PowerPoint presentation, explaining how she wanted to do it. This time I took her seriously, and things started to happen very quickly. The paperwork was done, the outline of the scripts, which I wrote myself, was finished, and the scripts for the whole series were finalized. Shooting started in May, and they are now in post-production. The series is due to be launched this November on PPTV (a kind of Chinese Netflix). Since it’s an online series, people from outside of China will also be able to watch it.

JT: How much ownership you feel over the TV series? Do you feel it’s still fundamentally your story?

YG: Regarding the series, I think it’s the work of a whole group of people, with a certain level of intervention from the censor (last I heard, all the beasts in the story would have to be shown as some type of robot, since any interaction between humans and beasts, let alone romance, would be unethical, according to a recent directive from the Chinese propaganda ministry). It’s a good thing that the book was written twelve years ago, so I don’t feel too attached to it. And since I worked on the outline, I had some idea of how the story was reconstructed. But who knows, I might be totally surprised when I see the actual series (I most certainly will). I might not be able to recognize it (I firmly believe so). I think I might not watch it, or will watch it with a bottle of whiskey (whiskey, definitely).

JT: How do you feel about being a Chinese writer living in Dublin? Has the city affected your writing?

YG: For a long time, when people asked how I found Dublin, I didn’t know what to say, so I’d just answer: It’s windy. It is very windy here in Ireland, especially for someone who grew up at the bottom of the Sichuan basin, which is basically wind-free throughout the year. I didn’t realize how weather could affect my mentality until I got here. It’s just overwhelming. In order to survive the weather, I started to run and take walks, and stopped being an indoor person. Basically, being in a strange setting, weather-wise, culture-wise, makes me more aware of myself, the power I have over myself, the latent weakness in me that needs to be corrected or addressed, and, not surprisingly, an increased craving for wine as the days get colder and shorter.

JT: You’ve now started writing in English. Do you intend to continue entirely in English, or will you switch between English and Chinese? How does the language you use affect your writing?

YG: I’m trying a little bit of English writing these days. Before, I was so determined that I wouldn’t write in English because writing is the last reservation of my native tongue, etc. However, one day I found myself writing in English. Because, for that particular story, I couldn’t see it being written in Chinese; I couldn’t see the narrator and other characters talking in Chinese. So I went with English. And then I felt really excited. As a beginning writer in English, I was so clumsy, so out of place and at the same time all over the place. The idea that I could just start over and be a different writer really intrigued me. People who have a bilingual or multilingual life would probably feel this, that a different language affords you a slightly or massively different personality. Personally, I always sense this change in me when I switch from Chinese to English, or even from Sichuanese, my local dialect, to Chinese Mandarin. I will continue being a writer in Chinese; that’s where I will bury my heart and bones. But at the same time, I enjoy being a new writer in English. It’s scintillating and adventurous. And I look forward to seeing how it goes.