The Politics of Translation, Part 1

The first installment on the political nature of translation by the co-founders of Action Books. 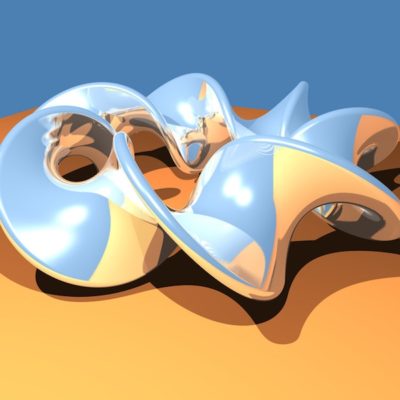 Translation and its failings are inevitably described in terms of incompatible binaries, with a pronounced versus in between, as if to police the border: native vs. foreign, source vs. target, original vs. copy, author vs. translator, sound vs. meaning, faithful vs. loose, natural vs. translatese, successful vs. failed.

But translation is a nonbinary, no, an anti-binary zone, hosting all these elements in productively uncertain relation. Translation is proliferation, is undecidability, is a kind of multiplicity that flourishes in the dark. Translation activates the doubleness at the heart of the Latin versus—to turn toward or against.

Translation is the twist in the Möbius strip, the and/or, a zone where either becomes both:

RABIES IS FREEDOM IN THE YEAR OF THE HARE**

This betrayal of all binaries is the political force of translation, its occult power. This power is occult because it is unsanctioned; it is hidden beneath the hierarchies and maxims of both literary culture and hegemony on its largest scales. When I read a poem by Kim Hyesoon translated by Don Mee Choi, I am not reading it within the framework of politico-corporate domination of the Korean peninsula by U.S. interests. Kim Hyesoon and Don Mee Choi’s double-text is a fleur du mal, occupying and exploding the Korean Demilitarized Zone (DMZ), in spite of and against both U.S. and Korean militarist/corporate power: HOLES OF THE WORLD, OPEN UP YOUR LIDS AND HOWL!**

I keep myself always mindful that I am reading translation, that there are two hands writing the spirit-text that appears before me. Yet I do not feel that I have to decide between them, name one subservient to the other, one the handmaiden of the other. Translation is a place of uncertain and incomplete possession, a place where the power structures which separate and antagonize subjects wobble, warp, and weaken but are not entirely eradicated; translation is not a utopia. But, as Kim Hyesoon reminds us, neither is art itself. In the essays of Princess Abandoned, Kim presents us with the paradigmatic figure of the performer, a shamanic artist who travels in the underworld and returns:

The performer exists as a twin-like being, who is intertwined with death, the death she was able to name through her active participation in it, and she uses this ability to visit back and forth with the death everyone harbors.***

This “performer,” the paradigm of the artist or poet, is already doubled, twin-like, a constant border-crosser. She operates within and describes a zone of profound doubleness. She crosses borders. She is carried over and she carries over. She translates. She migrates. As Kim specifies elsewhere, she receives transmissions both from the outside, from ghosts, and from the inside, from the alien being of her own pain. Sickness, illness, femininity, doubleness—this is the paradigmatic zone of the artist, who is already a translator, who liberates us from the patriarchal binaries of living vs. dead, original artist vs. imitator, property owner vs. migrant. But while this performer is defined by sinks, fractures, gushing, and dispersals, by weakness and illness, her gestures have an anti-patriarchal force:

FRACTURING THE SPACE OF THE REAL****

If Kim’s performer is the paradigmatic artist and also the paradigmatic dweller in translation’s anti-binary zone, this zone, like Hell and/or Arcadia, is also always expanding, always accepting new inhabitants. After all, its principle characteristics are multiplicity, proliferation, mutation, versions. The male or other privileged party who is willing to be dismembered, to lay down privilege, to be weak, is welcome in this space of darkness, to be infected with rabies, to produce, in Berg/Göransson’s phrase, “black fathermilk” and become “med hare”/“with hare”—as a pregnant human is “with child.”** This withness is a state of inverted and uncertain occupation. It completely undoes the hegemonic role of the male, or even of that prime Western mover, the individual, scrambling the completeness, the bordered-ness, the self-sameness of the body. It is unclear when the hare will emerge, or whether this withness is the emergence, and names translation’s double-status, its double-species, its double-space.

Such is the power of translation, its nonbinary zone. It is a contagious teen-dream-scream of guinea-pig darkness, in Berg/Göransson’s hands: “Now I love you and now I fear you, and now I finally roll out your guinea-pig body on the baking sheet.”*** It is a lawless, anti-rational, anti-patriarchal horizon, which is both inside and outside, both anticipated and already arrived. This is the horizon activated in Dolores Dorantes’s sequence Estilo, translated by Jen Hofer as Style. In Dorantes/Hofer’s Style:

The place is not human and germinates inside us. We will blossom without your consent. Seeds that explode, vegetation that rises up from all mouths. We will blossom fruits of blood. Trees of ash. Shoots that spring into action with a chemical glow.****

This chorus, representing all the women who have died in the narco wars along the U.S.–Mexico border, rises from shallow graves and reoccupies this border, is this border. With pretty and spectacular grave flora and fauna they make the border zone the temporal and physical space every you will have to inhabit, via an initiation into the violence this chorus both endures and mirrors back on the living. This is our demand, and what we enact by Performing the Abandoned, by speaking in chorus. We—Translation—embody and activate the threat of anti-binarism. We—Translation—are at once grave and sky, alive and dead, multiplied and everywhere, futuristic and present—an ever-present threat: