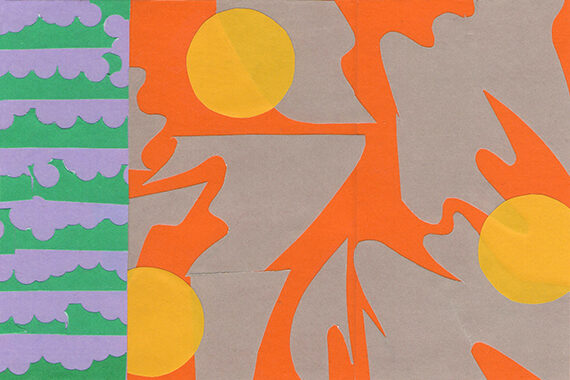 In the Flesh of a Peach | Ghosts

In the Flesh of a Peach

After a poem by Hagiwara Sakutarô

To the flesh, gathered, gathered things, memories of my hometown, devotion to my mom, love for children, rivers, cities, skies, clouds, seas, language, houses, spoons, family albums, the tsunami, the power station meltdown, contamination zone no entry within 20 km, the evacuated towns, the wreckage of rumors on top of that, early summer, gathering, gathering it all, the freshness, crispness, sweetness, tenderness, the smell of wind and dirt, Fukushima’s long history, overflowing, overflowing things, the flesh, a hornet’s rage not bitten but torn open, torn open while grieving, torn open while tasting, torn open while praying, the peach, everything.

The ghosts of mosquitos

are wandering over withered fields

looking for our salty skin

a shovel left on the small of my back,

what should I do with it?

as the ghosts of a billion mosquitos pass over me,

the only thing we can do today is dig, bury the soil

there’s no other choice

without fail, the sun rises and even within this landfill, it’s morning

in this hole lightning strikes

in the field footprints without a body

because a division of invisible mosquitos

a light bulb where someone has stolen the filament

trembling  in the darkness until yesterday we could see a future

salt and paper, snow in a field

an electric pole grows a mustache

ghosts have no legs

absurd, of course, how they make waves

in the swimming pool across town

even in the light of midday

the ghosts of rain puddles

the ghosts of cows,

the ghosts of birds,

the elephant was so hungry that she ate matches

the lashings she carries

undrawn and abandoned, the well murmurs

a salamander then a lizard on its steep walls

as in a Franz Kafka dream

endless numbers of mosquitoes transformed back into larvae in the landfill  ,

calcified beside our imagination and no longer breathing       ,

the causes of all this

in the sand at the beach

in a dazed twilight

I used up 18 colored pencils

trying to dye the world

a dragonfly becomes a queen bee in winter

as tall black weeds are blown

in the full moon’s terror

the mind does not stop its careful

continue attacking the dirt of this withered fie

what should I do with the ghosts of cranes?

with the ghosts of bulldozers?

with the ghosts of plastic

the ghosts of persimmons that

have stopped getting ripe

the ghosts of the bicycle peddles

that have had their bodies stolen

the only choice is to dig more holes

there’s no land left to dig

the only thing to do is dig

the only choice is to bury the soil

because there’s no space left to bury anything

the only thing to do is to keep burying

there’s no space left to bury anything

the only thing left to do is to bury

because bare trees are standing

ghosts of mosquitos are brushing my earlobes

these ghosts will be looking to bite our salty skin

in this abandoned countryside

from this untouched well

desire springs back        thick and fast

Note on the translation of “Ghosts”: This poem begins with withered fields which is a reference to one of Basho’s last haiku, Ill on a journey/ my dreams still wandering/over withered fields. The poem references efforts to reduce the levels of radiation in areas affected by the nuclear meltdown of the Fukushima Daiichi reactor. One technique is to bury the contaminated soil by collecting topsoil in large plastic bags and burying it further underground.

Author
Wago Ryoichi
Wago Ryoichi is a poet and teacher from Fukushima city, Japan. In 2017, the French translation of his book, Pebbles of Poetry, won the Nunc Magazine award for best foreign-language poetry collection. Since March 2011, his writing has focused on the ecological devastation of the areas affected by the Tôhoku earthquake, tsunami, and the meltdown of the Fukushima Daiichi power station. His poem Abandoned Fukushima is sung as a hymn by choirs across Japan. (Photo credit: courtesy of the author) 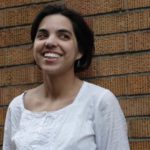 Translator
Judy Halebsky
Judy Halebsky is a poet and scholar. She is the author most recently of the poetry collection Spring and a Thousand Years (Unabridged) (University of Arkansas Press, 2020). She has previously translated poetry by Yuka Tsukagoshi and Mizuho Ishida. She is an associate professor at Dominican University of California and the director of the MFA program.
Translator
Ayako Takahashi
Ayako Takahashi is a scholar and translator teaching at the University of Hyogo in Japan. Her most recent publication is a book of scholarship on Gary Snyder, Reading Gary Snyder (Shichosha 2018). She has published translations of many American poets such as Jane Hirshfield, Anne Waldman, and Joanne Kyger, among others in Anthology of Contemporary American Women Poets (Shichosha 2012).