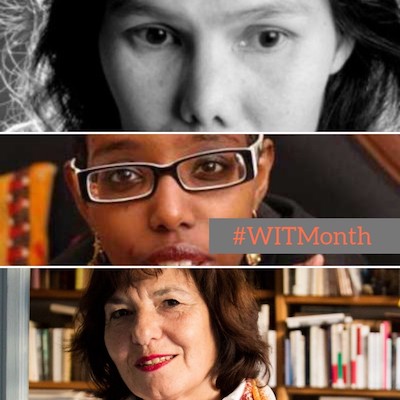 2019 was a year of firsts: our first novel translated from Thai and English debuts for two celebrated and daring writers from Italian and French.

Pimwana is a Thai writer who made history in 2005 by being the first woman to win Southeast Asia’s most prestigious literary prize—the S.E.A. Write Award—in 2003 for her novel Bright. We’re thrilled to have been the publisher of the English translation of Bright (in April 2019), making it the first novel by a Thai woman writer to be published in the U.S.!

Translated by lawyer-turned-translator Mui Poopoksakul, Publishers Weekly called Bright a “melancholy-tinged but still exuberant novel” centered around 5-year old Kampol, who is cared for by his working class neighbors after being abandoned by his family.

Born to farmer parents, Pimwana attended a vocational school and began her career as a journalist.  Now seen as a major voice in contemporary Thai literature, she is acclaimed for her subtle fusion of magic realism with Thai urban culture and has written nine books.

Author and translator Jeremy Tiang summed up Pimwana’s approach: “Duanwad Pimwana has a knack for finding the gap between who we are and who we’d like to be, and deftly inserting her scalpel there. Across the villages and cities of Thailand, her characters exist in a state of constant anxiety, unable to fit in but having nowhere else to go.”

Igiaba Scego is one of Italy’s leading journalists and novelists. Born in Rome in 1974 to a family of Somali origins, she is the author of numerous works of fiction and nonfiction, and her memoir La mia casa è dove sono won the prestigious Mondello Prize.

No stranger to controversial topics, Scego explores questions of identity and race in her work as a journalist. Beyond Babylon takes these ideas even further as it crosses generations and oceans to narrate the lives and shared trauma of two sets of mothers and daughters and the absent father who connects them all. Two Lines Press is thrilled to introduce an important new voice and an emerging translator—Aaron Robertson—to readers. Robertson was shortlisted for the 2020 PEN Translation Prize for his translation of Beyond Babylon.

In her introduction to the book, award-winning author Jhumpa Lahiri writes “[Scego] gives voice to multiple lives, experiences, and emotions either silenced or ignored by history.”

Colette Fellous lives between France and Tunisia and is a former publisher, radio producer, photographer, and the author of more than twenty novels. Amazingly, This Tilting World is her first book published in English. Her novel Aujourd’hui (2005), received the Prix Marguerite Duras, and her previous book, 2017’s Pieces detachées, tells the story of her father’s decision to leave Tunisia in the wake of the massive exodus of Jews from Tunisia to France in the 1960s.

This Tilting World is a powerful memoir and love letter to her homeland, Tunisia, which she feels she must leave forever following a terrorist attack that killed thirty-eight tourists. From Tunisia to Paris to a Flaubertian village in Normandy, and with nods to Proust and Barthes, the complex and loving story offers a multitude of colorful portraits, and sweeps readers onto a lyrical journey, giving a voice to those one rarely gets to hear, and to loved ones now silent.

Author Michèle Roberts says “Colette Fellous writes as a witness, a citizen, an exile, a detective, a daughter, an explorer, a lover. Moving in memory back and forth between Tunisia and France, between childhood, adolescence and adulthood, she makes everything seem part of an urgent now.” Translated by Sophie Lewis, this is a book you will not want to put down.

Don’t forget that you can get the entire #WITMonth collection of Two Lines Press books by women authors—15 books in all—for the amazing price of just $170 during our Summer Sale, now until August 31!