A Year of Virtual Events

It’s been a year since the pandemic cancelled in-person literary events and we wanted to share highlights of our best virtual conversations with authors and translators of the past 365 days. 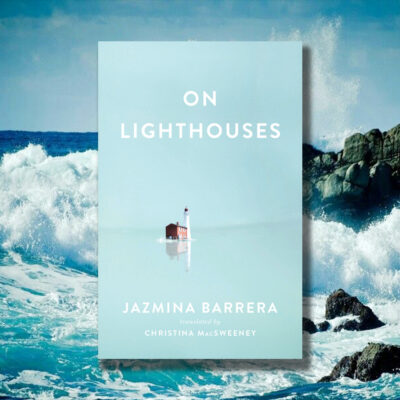 If you missed any of these events live, now you can watch and listen to the recordings!

As the pandemic rolls past the one year mark, it’s easy to forget how many of us were sustained by great books and great literary conversations over the past 12 months, even if they had to happen online. We hosted and collaborated on many fantastic events in the past year and pulled all of the links together in one post to make for easy viewing. So grab a snack and the drink of your choice and enjoy!

Much to our disappointment, in May we had to cancel a long-planned multi-city book tour for On Lighthouses author Jazmina Barrera and the book’s translator Christina MacSweeney. Fortunately our friends at Pilsen Community Books in Chicago stepped in to help us present an event with author Eula Biss in conversation with Jazmina Barrera.

Equal parts personal memoir and literary history, On Lighthouses takes the reader on a desperate flight from raging sea to cold stone—from a hopeless isolation to a meaningful one—concluding at last in a place of peace: the home of a selfless, guiding light. The Paris Review called it “a light at the end of the tunnel, showing us places we’ll see and things we’ll do when we can go out again.” Hopefully this and the other videos offer you multiple lights at the end of the tunnel as spring—and better times—await us.

On May 23, 2020 we teamed up with noted indie bookstore Point Reyes Books and the Point Reyes National Seashore Association for a conversation with author, filmmaker, and professor Philip Hoare and Jazmina Barrera. The two talked about lighthouses, the ocean, and our relationship with peril and safeguarding at the edge of the sea.

Surreal stories for a surreal time: also in May, we hosted a Quarantine Storytime that featured readings from That We May Live, the first title in the new Calico Series. Booklist wrote: “This collection of speculative Chinese fiction is compelling and provocative, exploring the thin line between reality and absurdity.”

On September 15 we collaborated with Brookline Booksmith to celebrate the publication of Home: New Arabic Poetry along with contributors Robyn Creswell, Hodna Nuernberg, and Rawad Wehbe.

Featuring work by Iman Mersal (Egypt), Samer Abu Hawwash (Palestine), Ines Abassi (Tunisia), Fadhil al-Azzawi (Iraq) and others, this second book in the Calico Series introduced readers to contemporary voices from across the Arabic-speaking world that are sorely underrepresented in the United States.

We also published our fourth Marie NDiaye book, That Time of Year, in September and hosted a conversation with the book’s translator Jordan Stump and bestselling author and professor Imani Perry in collaboration with Brooklyn’s Community Bookstore.

The book follows visiting Parisian Herman in his quest to find his missing wife and child who have vanished from a vacation village after tourist season ends. He sets out into the oppressive rain and cold for news of their whereabouts. The community he encounters, however, has become alien, practically unrecognizable, and his urgent inquiry, placed in the care of local officials, quickly recedes into the background, shuffled into a deck of labyrinthine bureaucracy and local custom. Kirkus Reviews called it “utterly compelling in tone, plot, and style.”

We ended September with a joint event with Point Reyes Books featuring poet and translator Dan Beachy-Quick reading from his new translation of ancient Greek poetry. Stone-Garland brings together translations of six poets of the Greek lyric tradition.

On October 15 Jazmina Barrera joined the Fall for the Book Festival for “Lighthouses and the Act of Belonging”, sponsored by the Cheuse Center at George Mason University, a conversation about On Lighthouses.

In November we published João Gilberto Noll‘s Harmada–our third book from this celebrated Brazilian writer. The book traces the life of a nameless man on a search for Harmada, the capital city of an unnamed nation and the land of his former glory, conjuring along the way essential questions about the power of art and storytelling, the vanity of glory, and the meaning of freedom

On November 12 we collaborated with Unabridged Bookstore in Chicago to bring together the book’s translator Edgar Garbelotto and Ornamental author and fellow Noll translator Juan Cárdenas to discuss Noll’s writing and legacy.